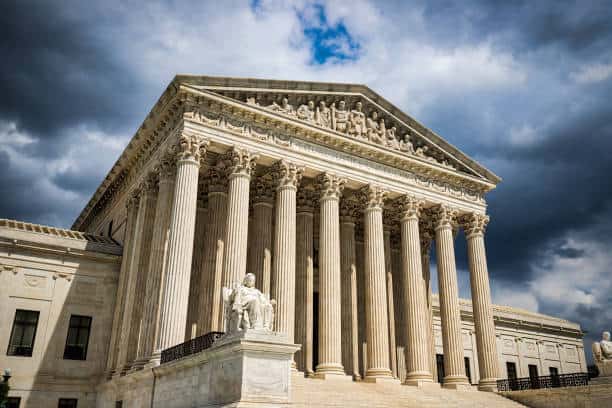 As Iman wrote earlier this week for OnLabor, the leaked Supreme Court draft decision in Dobbs earlier this week signals an all-but-certain overturning of Roe v. Wade and a constitutional abortion right, and is a workers’ rights’ issue. In response to the leaked draft, which is not yet final, some companies have announced that they will provide financial assistance for workers who seek out reproductive care but live in states where access to care is limited.

Levi Strauss & Co. announced Wednesday it would reimburse employees who traveled for health care services that were not available in their states. “Our position on this is in keeping with our efforts to support employees and family members at all stages of their lives,” the company said.

The move could simply be a pragmatic choice for companies with large swaths of workers in states with restricted abortion access. To attract workers amid a relatively tight labor market when workers have more leverage over where they work than usual, companies may have to start innovating the types of benefits they offer workers – and for some, that may mean convincing people who can get pregnant that living in a state without abortion access is still a viable option.

Some unions have also responded to the leaked draft decision, again emphasizing that reproductive rights are workers’ rights. The Nonprofit Professional Employees Union, for example, released a statement saying, in part: “Economic empowerment and family planning—the ability to control whether to have children, how many children to have, and when to have them—are invariably linked. This type of autonomy is fundamental to self-determination and financial security. The denial of abortion services disproportionately harms Black and brown people, poor people, people with disabilities, immigrants, and LGBTQ people. Restricting reproductive rights is an assault on working people.”

In other news, Amazon Labor Union president Christian Smalls is in Washington, D.C. this week. He testified yesterday at a Senate hearing called “Should Taxpayer Dollars Go To Companies That Violate Labor Laws?” which is available to watch here. He also paid a visit to the White House.

Hawaii’s state legislature also approved a hike to its minimum wage, up to $18 by 2028 from $10.10 now. The National Employment Law Project says this will benefit more than 192,000 workers, or 27 percent of the state’s workforce. That number includes 110,000 women and 168,000 workers of color. The bill now requires the Governor’s signature to go into effect. He’s expected to sign the bill.