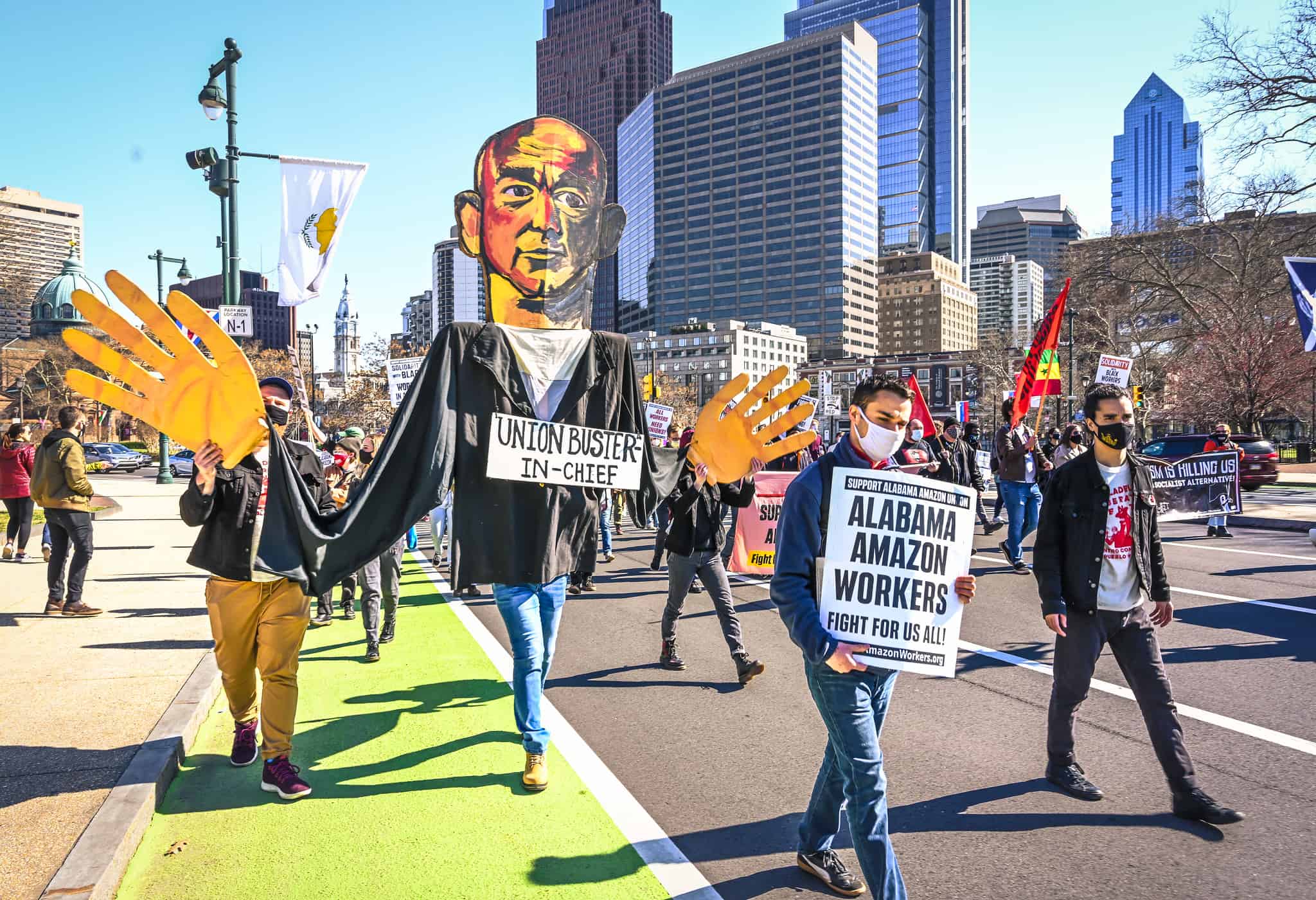 Joy Silk Can’t Help the Workers in Bessemer. What Can?

The Joy Silk doctrine—which would raise the penalty for employers who commit unfair labor practices in the run-up to a representation election, and thus provide a powerful deterrent—is poised for a comeback. The new NLRB General Counsel, Jennfier Abruzzo, has signaled that she intends to revive the 70 year-old doctrine.

Joy Silk requires that when a union presents signed authorizations cards representing a majority of workers in its proposed bargaining unit to an employer and demands recognition, the employer must recognize and bargain with that union. An employer can only refuse to recognize the union, and insist on an election, when it has a good faith doubt that the union actually has majority status. Determining what equals a good faith doubt can sometimes be complicated, but the board in Joy Silk held that a lack of good faith is found when an employer commits any ULP during the ensuing election campaign. If the employer does commit a ULP (or otherwise demonstrate bad faith), the NLRB would issue a bargaining order.

But what about a union that cannot gather cards from a majority of the bargaining unit before the election? Can the NLRB offer anything other than a re-run election, which unions historically lose?

This scenario just played out in the most high-profile organizing drive in decades, at Amazon’s warehouse in Bessemer, Alabama. There, the RWDSU petitioned for an NLRB election without making a bargaining demand, likely because it lacked a majority on cards. During the election campaign that followed, Amazon violated labor law by pressuring the United States Postal Service to place a ballot collection mailbox in front of the warehouse, and in full view of Amazon’s security cameras. The RWDSU lost the vote, but because the Board found that Amazon violated the NLRA, the union will likely be entitled to a re-run.

A re-run election, though, is not an adequate remedy. Amazon has already shown that it is willing to break the law (both in Bessemer and around the country) in order to keep its workers from organizing. There’s no reason to believe that, if Amazon worried that it might lose the re-run election, it would not fire an organizer or otherwise intimidate workers, accepting yet another election as the cost of doing business to avoid an organized warehouse.

What is to be done, then, when an employer shows it will happily break the law to keep unions out, but no union has shown majority support via cards? Could the Board issue a bargaining order to a union that never claimed majority status?

As it turns out, the Board can and has issued such non-majority bargaining orders. The justification for these orders comes from Gissel itself (395 U.S. 575 (1969)), where the Supreme Court suggested that there may be some cases where the employer’s ULPs were so “outrageous and pervasive” that a fair election would be impossible and a bargaining order could be issued despite the union never possessing a majority.

The first instance of the Board issuing a non-majority bargaining order came in 1981, after a remand from the Third Circuit. In that case, United Dairy Farmers Co-op, (633 F.2d 1054 (1980)), the union filed for an election and the employer engaged in standard fare election-season ULPs: firing organizers, making threats of reprisal if the union won, and distributing a cash bonus during the election campaign. The Board initially declined to issue a bargaining order because the union did not have a majority, claiming it did not have the authority to do so. But the Third Circuit concluded that non-majority bargaining orders were acceptable in cases where “the employer has committed such serious unfair labor practices that the laboratory conditions of the past election, as well as any election in the immediate future, are destroyed.” Going further, the Court wrote that without the threat of a non-majority bargaining order, employers (like Amazon today) would be incentivized to commit rampant ULPs in cases where the union had never demonstrated majority status.

On remand, the Board issued the bargaining order officially sanctioned by the Third Circuit. And, a year later, issued one of its own volition in a case called ConAir. But on review, the D.C. Circuit (721 F.2d 1355 (D.C. Cir. 1983)). struck down the non-majority bargaining order because such an order could leave “employees…saddled for a prolonged period with a union not enjoying majority support.” The D.C. Circuit’s decision gave the Reagan Board all it needed to officially disavow the non-majority bargaining order a year later (Gourmet Foods Inc., 270 NLRB 578 (1984)).

If the Board is wary of issuing a non-majority bargaining order, but still wants to craft a remedy that genuinely deters ULPs during a bargaining drive when the union hasn’t shown majority via cards, it has options. The cleanest option would be to simply order the employer to recognize and bargain with a members-only bargaining unit, consisting of the workers who had signed cards. That way, the employer would not be able to keep the workplace completely union free, providing a strong-deterrent effect for an employer who is considering committing a ULP during an organizing drive.

Another option would be to return to the logic of Joy Silk, which is essentially an equation: [majority via cards + election + employer ULPs = bargaining order]. If the union lacks that first element, but there was still an election and employer ULPs that demonstrated bad faith, perhaps the union should be allowed some period of time to obtain majority status via cards. If the Union is able to establish a majority via cards during that time frame, the Joy Silk equation would be satisfied and the Board could issue a bargaining order. This, too, would give the union a significant advantage and deter the employer from committing ULPs; rather than an election that registers preferences at a single moment in time, the union could work over time to convince a majority of workers to sign cards.

Jennifer Abruzzo is rightly thinking big on remedies and re-run elections are just not enough. Employers that commit a ULP during an election campaign, as Joy Silk rightly holds, are not acting in good faith. Instead, these employers are taking advantage of the slow, clunky process of an election to illegally undermine the union. The solution cannot be just to restart that election process again. So, in cases where a union fails to show majority status and the employer commits a ULP during the election campaign, the Board should impose remedies—such as one of the three proposed above—that would provide a genuine deterrent for employer misconduct and a genuine chance for workers to organize.