Is the NLRB About to Become Even More Politicized? 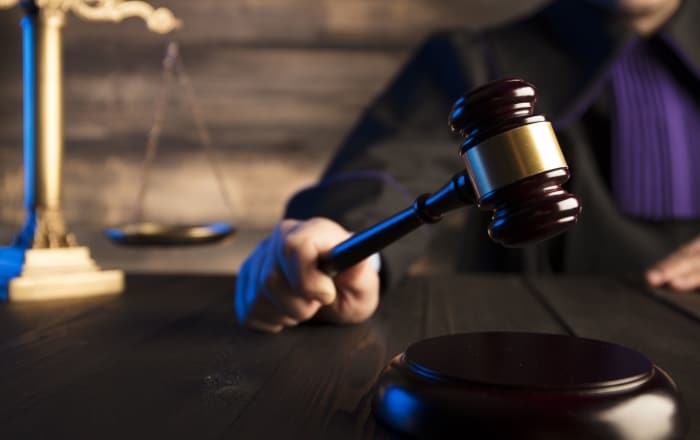 Hours after his inauguration, President Joe Biden delighted labor unions by dismissing the notoriously anti-union Peter Robb as General Counsel of the National Labor Relations Board (NLRB or the “Board”).  As Fred notes, Biden justified his unprecedented decision to remove Robb before the end of his term by citing the Supreme Court’s recent decision in Seila Law LLC v. CFPB, 140 S. Ct. 2183 (2020), which held that for-cause removal protections violated Article II of the Constitution when vested in singular agency head.  The ruling, likely pivotal to Robb’s dismissal, follows a recent line of cases in which the Court has expanded presidential authority over the administrative state.

While Robb’s firing is worth celebrating, this broader judicial trend poses serious challenges to the NLRB’s adjudicatory integrity. In particular, thanks to two recent Supreme Court decisions, job protections essential to the adjudicatory independence of the Board’s administrative law judges (ALJs) may be at risk without congressional action.

ALJs form the backbone of day-to-day NLRB decision-making—tasked with hearing, settling, and preliminarily deciding cases brought by the General Counsel against unions and employers.  Both the Board and the courts have long afforded substantial deference to ALJ findings, a practice centrally justified by ALJs’ relative autonomy from the often highly politicized Board.  Scholars note that ALJs’ capacity for independence hinges on their removal protections under the Administrative Procedure Act (APA), which allows removal “only for good cause.”  This safeguard, shared similarly by members of the Board itself, grants ALJs greater freedom to act as impartial adjudicators despite oversight by political appointees.

Unfortunately, law surrounding the ALJs was fundamentally upended by the Supreme Court’s 2018 decision in Lucia v. Securities and Exchange Commission (SEC), 138 S. Ct. 2044.  There, the Court heldthat ALJs employed by the SEC were “officers of the United States” within the meaning of the Appointments Clause of the U.S. Constitution.  Writing for the majority, Justice Kagan argued that in presiding over adversarial hearings, enforcing discovery orders, and issuing preliminary opinions, the SEC’s ALJs exercised the same kind of “significant discretion” over “important functions” that the Court had previously held separated constitutional officers from ordinary civil service employees.  Under the Appointments Clause, officers of the United States can be appointed only by the President, the courts, or the heads of administrative departments. Since the SEC left ALJ appointments up to Commission’s staff and did not handle appointments itself, the Court ruled that the ALJs were appointed in violation of the Constitution.

In deeming ALJs officers of the United States, the Lucia Court posed a direct challenge to ALJ removal protections when read alongside another landmark decision, Free Enterprise Fund v. PCAOB, 561 U.S. 477 (2010).  In Free Enterprise Fund, the Court ruled that inferior officers’ for-cause protections violated the Constitution’s Take Care Clause when those charged with their removal enjoyed similar safeguards.  By creating a scheme of “double-layer” insulation, the Court argued, the removal protections undermined presidential oversight and, by extension, the president’s duty to “take care that the laws be faithfully executed.” While exempting civil service employees, the Court strongly intimated that similar double-layered protections for other inferior officers were intolerable.  As Justice Breyer noted in dissent, Lucia thus suggests that ALJs’ for-cause protections are similarly unconstitutional when—as with the NLRB—those charged with their removal are not themselves at-will.

While the Court’s immediate holding in Lucia regarded the SEC, the case has clear implications for ALJs across the federal bureaucracy.  Shortly after the Court’s ruling, the NLRB acknowledged that Lucia “supports a determination that Board judges, like SEC judges, are inferior officers.” Since the National Labor Relations Act (NLRA) already charges Board members with appointing ALJs, however, the Board asserted that Lucia did not require any change in practice and dismissed the challenge.  In so doing, the Board left unanswered whether Lucia and Free Enterprise Fund together would require a fundamental reassessment of ALJs’ job protections.

So, what exactly does this mean for the Board’s ALJs?  On the one hand, the answer might be very little.  To avoid upending the administrative state, courts could distinguish ALJs from the types of inferior officers at issue in Free Enterprise Fund, as Justice Breyer proposed in his Lucia dissent.  At worst, though, it could well mean an end to NLRB adjudicatory independence.  Without removal protections, NLRB judges would likely become increasingly sensitive to the political composition of the Board itself.  This could motivate increasingly partisan decision-making at an agency already accused of a highly zealous political bent, with judges paying less attention to precedent and more attention to the anticipated preferences of their superiors.  In some cases, a particularly aggressive NLRB could move to purge judges who have exhibited policy preferences that run contrary to those of the Board’s majority.  With over a third of ULP cases settling at the ALJ-level, a lack of removal protections could significantly impact agency adjudication and undermine due process.

Unfortunately, there is little that the executive branch can do unilaterally to insulate the ALJs from this outcome.  Under the APA, ALJs can be removed through “[a]n action…by the agency in which the administrative judge is employed.” As experts have noted, the provision clearly suggests that removal authority resides in the employing agency—in this case, the NLRB.  If so, the language of the APA would make it difficult for the president to relocate the removal power to an at-will department in an effort to preserve for-cause protections.  Regardless, even if the President could find a way to preserve ALJs’ job protections through executive action, there would be nothing to keep a successor from reversing the policy in order to exert exactly kind of undue influence feared.

In the end, addressing Lucia’s impending challenge will likely require congressional action.  Perhaps the simplest reform would be for Congress to vest for-cause removal authority with the Secretary of Labor. Since the President can remove the Secretary at will, tasking him or her with removal decisions would allow the Board’s ALJs to retain for-cause protections without creating the kind of “double-layering” scheme proscribed in Free Enterprise Fund.  Another, more radical possibility would be to convert the Board’s ALJs into Article III judges, creating a series of labor courts with exclusive jurisdiction over NLRA-related disputes.  This proposal, which would grant ALJs life tenure, would involve a significant reconceptualization of the Board and its responsibilities, and so would probably be disfavored.   Still another solution, proposed by several scholars, would be to create a standalone department for all administrative law judges, with removable authority exercised by an at-will panel appointed by the President.

Whatever the solution, the problems posed by Lucia and Free Enterprise Fund raise the stakes for labor law reform.  The Protect the Right to Organize (“PRO”) Act partially addresses the issue by allowing grievants to circumvent ALJ proceedings through a private right of action in district court.  However, grievants only obtain this right when the NLRB’s General Counsel fails to pursue a charge. Perversely, then, under the PRO Act, adjudicatory independence would remain at issue whenever the General Counsel became involved.  As the Senate takes up the bill later this year, lawmakers must go further to address these looming challenges to preserve the NLRA’s vision of adjudicatory independence.

Maxwell Ulin is a student at Harvard Law School. END_OF_DOCUMENT_TOKEN_TO_BE_REPLACED