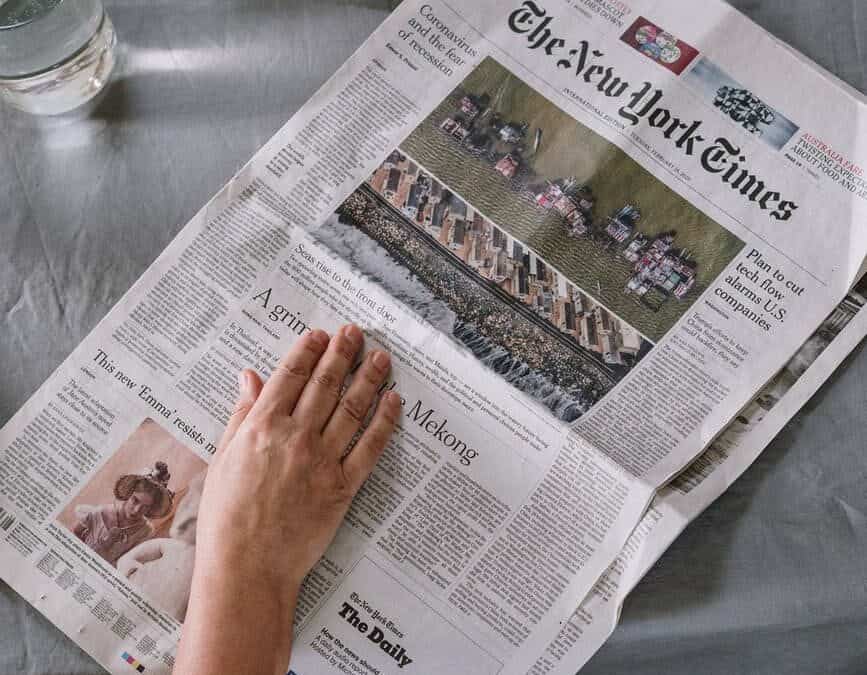 Senate Republicans today blocked a bill, the Paycheck Fairness Act (H.R. 7), that imposes higher standards and larger penalties on companies over claims of pay discrimination based on sex. Specifically, would limit an employer’s defense that a pay differential is based on a factor other than sex to only bona fide job-related factors in wage discrimination claims; enhance non-retaliation prohibitions; and makes it unlawful to require an employee to sign a contract or waiver prohibiting the employee from disclosing information about the employee’s wages. The bill also increases civil penalties for violations of equal pay provisions. The bill, which required 60 votes to pass the Senate, failed to advance on a 49-50 vote.

The NewsGuild of New York has filed an Unfair Labor Practice complaint against the New York Times, it announced in a press release today. The complaint alleges the Times’ management has participated in “union busting actions,” including telling employees “who work with interns have been told they cannot show public support for the union,” and forcing others to attend meetings in which supporters were interrogated and polled for their union support.

The U.S. District Court for the Northern District of California this Monday dismissed a pay stubs claim brought against UPS Inc., both on a class-wide basis and on behalf of the state of California. Santos, the named plaintiff, alleged that UPSA violated California law by failing to provide timely and uninterrupted meal and rest periods to nonexempt employees. She also alleged labor code violations under the Private Attorneys General Act, which permits aggrieved employees to seek civil penalties on the state’s behalf. Last November, the court declined certification of six of seven proposed sub-classes, including those for workers who alleged they weren’t paid for all hours worked and workers who alleged that they were not paid all wages due at separation. The certified class proceeded on the basis of inaccurate wage statements. The court ultimately found that UPS’s wage statements adequately disclosed whether a worker received a meal period premium, and the lump sum amount. Santos’ individual rest break claim will proceed, as the court found a genuine dispute as to whether Santos’ wages were deducted when her supervisor instructed her to change a 15-minute rest period to a 30-minute unpaid meal break on her time card. The case is Santos v. United Parcel serv. Inc. , 2021 BL 210412, N.D. Cal., No. 3:18-cv-03177, 6/7/21 .

Mackenzie Bouverat is a student at Harvard Law School. END_OF_DOCUMENT_TOKEN_TO_BE_REPLACED