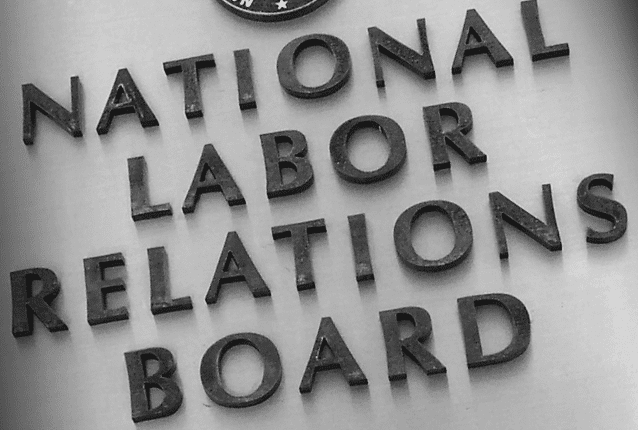 In a 3-2 decision, the NLRB issued its ruling in Tesla, Inc. on Monday, holding that employer rules banning union insignia are presumptively unlawful absent special circumstances. The ruling comes after Tesla enforced its uniform policy to prohibit employees from wearing union insignia during a 2017 organizing drive with the United Automobile Workers. The decision overrules a 2019 Trump Board ruling which held that the special circumstances test only applied in situations where the employer’s rule outright barred all union insignia. Tesla, Inc. represents a return to longstanding Board precedent, with the Board calling union insignia “a critical form of protected communication.”

The California State Senate voted to pass AB257 by a vote of 21-12 on Monday, sending the Bill to Governor Gavin Newsom’s desk. As Kevin has previously written for the Blog, AB257, also known as the FAST Recovery Act, proposed major changes for fast food workers in California. First, the Bill proposed to alter the current joint employer liability rules by making corporate franchisers liable for breach of state employment laws; second, AB257 proposed to create a form of sectorial bargaining for fast food workers in California. While the joint employer liability portion of the bill was stripped from the final version, the important piece creating sectorial bargaining remained, granting over 550,000 fast food workers the right to negotiate with fast food employers over issues such as wages, health and safety, and workplace discrimination. Speaking to the New York Times, labor law expert Kate Andrias opined that the bill is “one of the most significant pieces of state employment legislation that’s passed in a long time.” AB257 passed with the help of hundreds of social justice organizations and over 350 strikes at fast food locations since the COVID pandemic.

Workers at American University ended a week-long strike last week after reaching a tentative labor agreement with the school. Workers, who organized with SEIU in 2020, went on strike after raising issues of low pay, overworking, and chronic understaffing. Demands to address these issues went unheard by the school, as workers at AU spent 468 days at the bargaining table without a contract before the agreement was made. Students at the school supported the striking workers, with many of them walking out of the school’s welcome ceremony to join the picket line. The union released a statement calling the tentative agreement “life-changing” and “a tremendous victory for all of us who took the risk out on the picket line.” The agreement provides for increased pay and benefits between 7.5% and 13.5% over two years with more upgrades for the lowest paid workers.